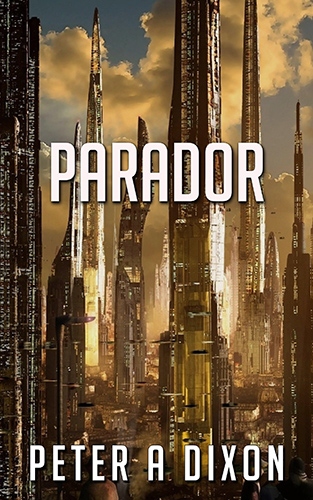 Tila Vasquez’s parents died when a tragic accident caused the failure of mission to colonise a new star.

But twelve years later, when Tila discovered an impossible ship buried deep within the Juggernaut – a wreck in space, and home of the dispossessed – her world changed forever. There she found hidden data which revealed that there was more to the story of the doomed mission than she knew.

That perhaps everyone knew.

Now, these secrets have taken her, along with her friends Malachi and Ellie, to Parador, one of the wealthiest and most powerful planets within the Commonwealth systems. Here, decisions are made on trade and business which affect the lives of billions of people.

And sometimes the life of one.

On Parador, Tila will find that both new friends and new enemies stand in their way. There will be new lessons to learn and new secrets to uncover.

But will Tila be able to tell the difference before it’s too late?

And there are some who will do anything to keep their secrets hidden….

Praise for The Juggernaut

Gripping from the beginning…cannot wait for the next one…

…a hint of John Scalzi…

I really enjoyed this book

captures your imagination right from the start

I can’t wait to see what comes next.

Can’t wait for the second installment!

This is the heading